As one the most important tastemakers Europe has to offer, and affiliated with labels Brownswood, Blue Note, !K7 Records, Stones Throw and most recently BBE, this bearded early riser is a beast behind the decks, jumping across multiple genres without losing momentum.

One of Moscow’s most formidable dance music exports, Leonid Lipelis, is a record freak whose interests extend to Brazilian boogie, house, disco, new age and whatever else he can get his hands on, constantly making sweaty edits for the dance floor, which he sometimes releases. Leo relocated himself to Belgrade recently, and we couldn’t be more excited to invite him once again, after his firing set at our festival, stepping in after the french maestro GUTS.

NikNak is a multi-talented DJ, producer, composer, turntablist, sound designer and podcast host making game-changing experimental music. Her taste is as varied as it is carefully curated, seamlessly merging dubstep, hip hop, drum ‘n’ bass, garage or jazz. NikNak supported legends such as Madlib, Grandmaster Flash or Vieux Farka Toure, and received the prestigious Oram Award in 2020, which elevates the work and voices of women, trans and non-binary music creators. She has been hosting a monthly radioshow on Gilles Peterson’s Worldwide FM since then.

Logeshen Moorgan, aka Fourmï Rouz, is a cross-continental Infiltrator/DJ/curator from the multiethnic subtropical island of Mauritius. Casting a wide musical wave of oddball nutrients with a humble approach to narrating dance floors led him to a quasi-messianic global musical exodus - making appearances at Trans Musicales Festival, Fusion, Nyege Nyege Festival, MO:DEM or Ozora. Logeshen has been one of the main curator of Goulash Disko Festival since 2018. 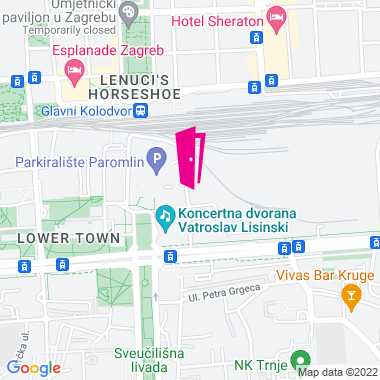