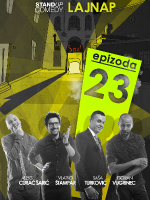 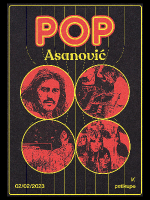 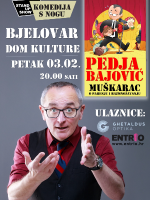 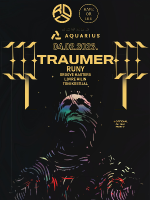 We are happy to host Cruise collective in Zagreb for the first time in Peti Kupe, a place known for quality sounds and arts.
Mariano Mateljan and Madezh formed Cruise Split in 2012 that became one of the symbols of electronic music scene in Dalmatia. Over the years, they invited many producers and DJs from all over the world, including MJ Suddani who became a close friend and a regular guest on Cruise events. For them, playing in Cruise collective, means a full representation of who they are as artists and individuals, allowing various sounds and genres to mix in a unique, carefully crafted DJ set.

Monika Milas will take care of the visual segment of this event. Her strong and recognizable graphic style made a statement to various events, festivals and clubs that promote electronic scene in Croatia.

With Croatia’s festival scene becoming one of the leading destinations in Europe over the last decade, Mariano Mateljan is a shining light when it comes to producers breaking through the electronic music scene in Croatia. Born and raised in Split, Mariano pays tribute to his father who introduced him to all genres of music from three different decades at an early age. His father’s audio cassette collection exposed Mariano to the sounds of The Everly Brothers, Perry Como and Johnny Mathis. It was clear from his early teens that a career in music was to be his path.
His first breakout moment came in 2013 with a release on FUSE sub-label Infuse. A-side ‘Pigeon Boxer’ combined evolving drums, bumpy sub-bass and sporadic vocal lines to create a track that would act as the stepping stone to releases on Cocoon, FUSE and Vinyl Club. Gigs at FUSE in London and Ibiza further enhanced his reputation leading to more high profile gigs across Europe at the likes of Fabric (London), Club der Visionaere, Chalet (both Berlin), Studio 76 (Madrid) and Das Zimmer (Mannheim).
Fast-forward to 2017 and Mariano is reaching new heights. Once again it is FUSE paving the way. Dates at 93 Feet East (Infuse Showcase) and Sonus Festival in his home country of Croatia have given Mariano a new injection of life. With the inception of his vinyl-only label u.dig, Mateljan has created a platform for his own music as well as the music from a close circle of friends who share similar motives and vision.
In 2018 he released Eps on Moss Co and Vekton and had a debut tour of South America and Australia.
In November 2022 he released a new sample pack of 200 loops named Hyper Minimal Funk Vol.1.

Based in Split, Croatia, Mateo Jelicic aka Madezh is one of the undisclosed heroes for the underground scene in Split. Madezh is an open minded DJ whom is constantly evolving and does not solely stick to genres like techno and house, but defines music as what is good and what is bad by leaving it to the emotions of what the crowd is feeling at that certain moment on the dance-floor. In 2012 Mateo changed his stage name to Madezh and started a collective "Cruise Split" that played an integral part in placing Split on the international scene of electronic music events. With the aim to host underground house and techno music DJ's and producers from all over the globe, Mariano Mateljan and Madezh played with Dana Ruh, Enzo Siragusa, Federico Molinari,  Archie Hamilton, Valentino Kanzyani, Julie Marghilano, Fernando Costantini, Rich Nxt, Rossko, Ben Rau, Tobi Neumann, Alexis Cabrera, Alex Kid, Brawther and many others.
He recently started his new project "Madezh Invites" where he invites and reveals the new comers and young artists and renomated DJs from Croatia.
He had a release on “Jesus Loved You” label with Valentino Kanzyani and Mariano Mateljan named “Cruise On The Valkan” and on u.dig records VA compillation.
In 2022 he started his own label “Travel Light” where he represented his unique sound on “One Bag Only EP”.

MJ Suddani has become a part of the local scene in 2007. As a resident of various clubs and projects, he played with renomated artists who helped him develop a sense of the audience and DJ craft.
He started playing for Cruise Split since their beginnings, primarily as the support DJ, and in the last few years he became a regular part of the collective. His music has a recognizable vibe and it represents a mix of various genres and types of music.
He had a few releases on labels as Kanja, Tip-Tap and Affinity lab, and the future looks bright as the new projects and collaborations are coming soon. 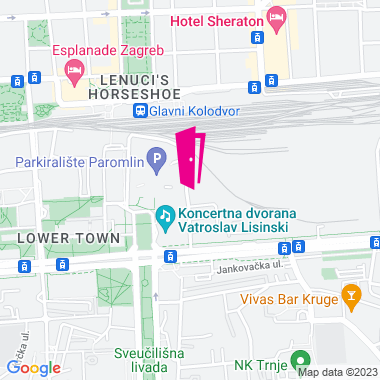