There is no good rhythm without bass, and the whole thing is given an additional flavor by effective percussion and drums. Attention to these musical essentials makes French artist Traumer the right choice to celebrate the 10th anniversary of the first Rave or die party on February 4th at Aquarius.

The ability to create hypnotic music with subtle and deeply nuanced rhythms is key to the worldwide popularity of this true Parisian underground representative. In the last year he performed in the most prestigious world clubs such as Printworks, Fabric, Fuse or Amnesia, and now he will perform in Zagreb for the first time after the pandemic prevented his gig three years ago.

The organic sound of percussion and pulsating bass lines in Traumer's production create a deep groove that beckons to the dance floor. Such a rhythm, complemented by numerous ethnic influences, is also promoted on his Gettraum label, which has become universally appreciated in a short time.

Traumer is joined at Aquarius by Runy, a DJ from Novi Sad, increasingly popular in the region, and lately also in Zagreb. This resident of clubs 20/44 and Tunnel and an important player in the neighborhood scene is guided by the idea that music is an intellectual weapon of the modern age. Everything will be spiced up by Zadar artists Groove Masters, current winners of the Ambassador award for the most promising performers in the region, Lovre Milin and Toni Kostijal.

In its 10 years of existence the collective Rave or Die, known for the enthusiasm of its founders, has organized a number of great parties, such as those on the Valkira Beach near Zadar or with Felver in Zagreb's Podmornica. A birthday party with a big name like Traumer will mark a new era in our activities.

There are rumours about the after party. Stay tuned for some surprises! 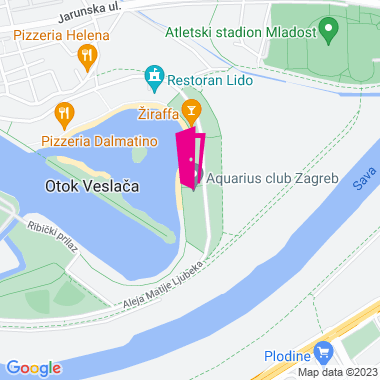