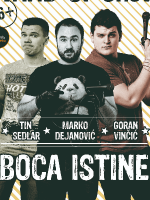 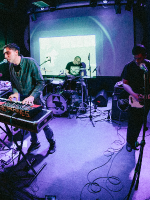 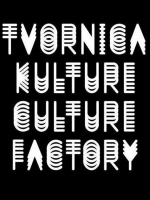 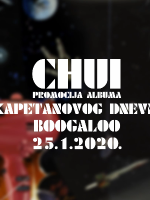 There is so much, but at the same time so little, to say about Kompakt and its role, importance and influence on the electronic music scene as we know it today. On our behalf, we are proud to have brought it for the first time ever to this part of the globe, at your very footstep, live and exclusive, exactly one year ago!

As many of you might remember we danced with Marc Romboy, Sascha Funke and Thomas Fehlmann at Aquarius Club. One year later, we are thrilled to repeat the experience, same place, but different flavour, sound and vision.

Kompakt is back in Zagreb, with its currently hottest line-up available! Dance with us 3 weeks from now in yet another unforgettable tanzen night!

Jonathan Kaspar is a Cologne based DJ & producer, holding a residency at legendary Gewölbe Cologne. He released his music at labels like Crosstown Rebels, Objektivity, Pets Recordings, Poker Flat, Kompakt's KX and remixed artists like Catz ’N Dogz, Hyenah, David Mayer and many more. Jonathan’s melodic and groovy sets work brilliantly as warm ups as well as headline slots taking the dancers on a beautiful musical journey. His 2019 started with a remix for Marc Romboy and a remix for Emmanuel Jal via MoBlack.

Having found her heart and soul in the techno/house scene, ANII demonstrates her passion of music through deep, dark techno and soulful deep house. She has previous releases on Stil Vor Talent, Polymath, Sincopat, Parquet and Making You Dance. On KOMPAKT so far she has released the EPs "Korzenie" (2018) and "Aniitime" (2019).

In 2019 her label ANIITIME was born. After the success of her first two releases on Kompakt and with an influx of experimental music at her hands, label head Michael Mayer encouraged ANII with the idea of starting her own label. A very talented, enthusiastic, humble producer who is one to look out for.

Last, but not least, London based artist Rex The Dog makes and performs music live, with analogue electronics and a self-built Modular Synthesiser. He carries this precious machinery around the world, bringing his unique sounds to packed crowds at the best clubs, festivals and parties.

Rex has released on Kompakt Records since his first EP ‘Prototype’ in 2004. Recent releases have included the acclaimed 'Vortex', ‘Sicko’, ‘Teufelsberg’ and ‘Crasher’ EPs earning him the support of his DJ colleagues including Tale Of Us, Jamie Jones, Ame, The Black Madonna, Krystal Klear, Eclair Fifi, Tim Sweeney, Camelphat, Jennifer Cardini and Roman Fluegel.

As well as his original material, Rex has produced remixes for the likes of Depeche Mode, Fever Ray, The Knife and Moby and more recently on labels such as Correspondant and Anjunadeep.

The second Kompakt show in Zagreb will be proudly supported by Tanzen Kollektiv's very own. Tomislav Cet Cetina.