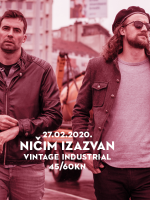 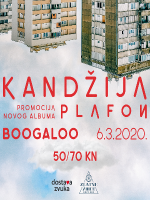 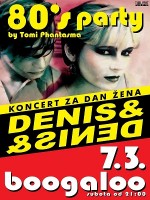 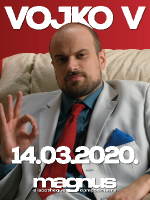 About MARKO NASTIĆ
Welcome to the world of Marko Nastic, the leading South Eastern European DJ. In a troubled Serbia of the 90’s, Marko and his buddies built one of the most vibrant club scenes in Eastern Europe, the one that inspired writers of Mixmag, The Face, DJ and NME to write accolades many moons ago. They resisted dark forces of political madness through elec- tronic music and a celebration of life.
DJing and music were always part of Marko Nastic’s background: even in his pre-teen years he was fascinated with synthe- sizers, drum machines and other sound making gadgets. When techno started filtering through to Serbia in the early 90’s, Marko eagerly entered the scene.
Soon word on a teenage techno prodigy started spreading around town and this energy channeled into a young & aspiring DJ team called Teenage Techno Punks – all of whom were under 18. Nastic was the leader of the pack, soon to become the hottest talent of South Eastern Europe’s electronic scene. The queues to enter clubs in the region on the nights they per- formed were longer than ever. The word soon started to spread beyond the boundaries of Serbia.
Just as techno music was becoming popular in Serbia, the Balkan conflict escalated. Marko was too young to fully realize the gravity of the situation, but it did have an impact on his life. “Things were tense, but a lot of it luckily went over my head,” he admits. “It also meant that buying records then was very difficult and the choice was poor”.
These circumstances shaped and strengthened Marko just like other kids there. The free parties they threw during those times are still an urban legend in Belgrade.
After the war, the club scenes in neighboring countries became aware of Nastic’s unparalleled DJing skills and his distinc- tive three-deck style. Marko has since matured into a DJ who cannot be labeled as purely techno, house or minimal; he’s all of that, and more.
Marko was a member of the original Recycled Loops crew. After that label stopped, Marko joined Valentino Kanzyani’s ‘Jesus Loved You’ and started three labels himself, Recon Warriors, which put Marko on the charts, followed by Recon Light and Traffica.
Also Marko has loads of projects running at the moment. For example Space Explorers with Marko Milosaljevic, Tango and Cash with Kobaya and don’t forget the projects with Dejan Milicevic.
Marko did his first non-European tour in 2002, which started in Brazil. Now he regularly plays gigs all over the world. Since 2006 he is the author and host of the radio show “Music For Body And Soul” on the leading Serbian radio station B92. His artist album is due to be released.