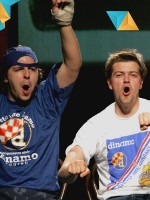 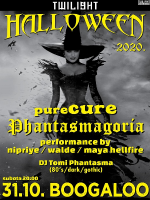 After 2 years of conquering #TrsatCastle we're heading back to Fiume for our newest concept.

Join us this February for the 1st edition of #BSHCarnivalRjieka at the historical Teatro's Fenice Opera with 3 international DJ headliners.

One of a kind experience with pre-party on the rail, main event at Teatro Fenice and official afterparty back in the train on way to Zagreb.

The last few years have been meteoric for Cloonee as a producer. Following his infectious debut EP on Elrow Music in 2017, Cloonee went on to release on some of the scenes most influential labels, solidifying his break onto the Tech House circuit and gaining support from major taste-makers.
Cloonee continued his growth into 2018 releasing "no-nonsense tech house" - Earmilk, on dominant labels such as Lee Foss' Repopulate Mars and Michael Bibi's Solid Grooves to name a few.After securing his first Beatport #1 with "Be Good To Me" in early 2019, many more heavily hyped unreleased productions in the pipelines and a hefty international touring schedule; Cloonee's rise is set to continue.

Andrija Antic first emerged onto the scene in 2009 as one of the founders of ReWire, project that resulted with over 60 releases which combined roots of funk, techno, disco and house, numerous gigs in native Serbia and abroad, including playing at EXIT Festival three years in a row. Being part of ReWire, and then later of Beat And Juice and Depth Perception projects as well, helped him develop and practice his craft.Andrija is well known by the music he’s been producing as Andrew Meller. He started Andrew Meller alias back in 2014, under which he has already made a breakthrough on the global scene with his remix of Underworld’s ‘Born Slippy’. This track was supported and played with the likes of Carl Cox, Nicole Moudaber and Paco Osuna, and gave Andrew a lot more international admirers and fans. His unique approach to production is to be led by mood and emotion, therefore he is able to deliver music that can’t be put under expected genre, it can easily be house, deep house, tech house or techno.
Being a DJ first, Andrew Meller loves to experiment on the dancefloor and continues to bewilder and amaze the audiences with his powerful performances. Andrew stated that he loves to play with human psychology and deliver what’s least expected, especially in his longer lasting sets.
With his moto being "How much energy you give, that much you will receive in return", from Andrew Meller you can always expect to hear a top class DJ and educator on act.

Pablo Panda is Zagreb based DJ and event promoter.
He was introduced to house music at the early age by his brother Lugo. In the beginning it was mostly Chicago house. Soon thereafter he started DJ-ing on an amateur level.
A couple of years later after getting better and learning more and more about DJ-ing he started his own event company BSH events because he saw there was an opportunity to improve house music scene in Zagreb.
Since then he organised numerous events in Zagreb at breathtaking and non-everyday venues such as Fortress Medvedgrad that is overlooking the city, Zagreb International Airport, Museum of Contemporary Art etc.
After conquering Croatia's capital the crew behind BSH events decided to take the party to the coastline with a brand they named Adria Sunset Sessions with 1st stop at Trsat Castle.
Since then he shared stage with names such as Paco Osuna, Fisher, Purple Disco Machine, Dennis Cruz, Melé, Dom Dolla, Franky Rizardo, Mousse T., Weiss, Danny Howard, Chelina Manuhutu, Enzo Siffredi, Lily Palmer etc.
He also played major regional festivals such as Exit Festival (Novi Sad, Serbia) and Hideout Festival (Island Pag, Croatia).
Besides BSH events he is a resident DJ at +ONE night in Opera Club Zagreb, Black Friday at Johann Franck, Cut Out The Middleman at Tesla New Generation and Oasis residency located on Zrće Beach.
Also, recently they started brand new night in Zagreb named “Ciferšlus” oriented on disco house sound.
He attended The SAE Institute Ljubljana, where he studied Audio Engineering / Music Production.

In over 10 years of clubbing Aldo Morro has become one of the
influential names in the industry. This multimedia artist has been
inevitable behind the decks at most popular clubs, festivals and
events in the region. His driving performances and genre blending
skills have been welcomed from underground raves to big festivals.
Flawless selections, crowd control and private edits of his favourite
tracks are the reason he’s playing over 100 gigs every year.
In his career he performed at some of the biggest events and
festivals around (Ultra Europe, The Garden Festival, Hideout
Festival, Sonus Festival...) alongside some of the most popular
artists in the industry. He is currently holding residencies at
NOA Beach Club, Johann Franck and BSH events.