The APOX film festival brings together international independent documentaries from around the world. All entries are promoted through our social media and website with a dedicated page with synopsis, film stills, and trailer.

All projects officially selected in each season receive the Independent APOX Awards laurel and certificate.

The 2021 selection included over 230 films, of which 42 films were shown, from over 18 countries around the world. The goal is to promote independent film directors and to stimulate interest in their work, with the main point of social thematic, that is the one that got lost in translation. People need to see the other world in real life, and we are giving these opportunities. We want independent filmmakers to have a chance to be seen, we are small, but we are big in a heart, and to one who doesn't have the opportunity to be on big festivals, we are giving them a boost, to maybe have a chance to be. Also, the goal of the festival is to promote young film directors and film works, and accordingly, in 2022 we plan to have a young/student film program during the APOX film festival, which will take into account the works of young directors under 22 and give them the opportunity to realize their dreams through our workshops. and may in the future be part of a new generation to be screened at the festival main program. The orientation is on the promotion of the culture of the island of Losinj, the promotion and the opportunities that the island offers, an oasis of peace for big dreams on the small island of the Adriatic. We are here to enable you to show yourself, to show your films to the world, and to promote you, young and old independent directors, screenwriters, producers. Why sign up and be a part of this story, because nowhere is it like in Losinj. By connecting with other festivals across Europe, we create an interesting cohesion of documentary film and share with each other the works that won awards at the festivals, and thus further promote and move borders, interstate and ensure greater and better representation.2022 concept is to start with a crowdfunding project for gathering money for young directors new movie project, that will have a debut on our festival. We will present movies in a 7-day period, and we hope to have at least top 30 movies. In 2022 we will have 2 position's (Cinema Veli Lošinj and Museum Apoxiomenos). And for 2022 we are preparing 3 prizes, one for the best movie director of feature documentary movie, best debut movie, and the best short documentary movie, best picture, special mention(from each jury).
During the premiere and opening of the festival will be opened in cinema Veli Lošinj, the red carpet for VIP guests of the festival will be planned, and before the first film by the mayor and representatives of the Association will be presented the program of the Festival and all Logged on to the festival itself. All participants, viewers, and representatives will receive a specially designed festival program with a movie schedule and a short description of each film individually. For the purpose of a better presentation of the festival, a final concert will be organized at the end of the festival and the award ceremony on the stage in Veli Lošinj. It is also aimed at giving young directors an option to experience the thrill of making a film through film workshops and that the film's parents, as well as viewers, have the opportunity to see it on the big canvas.
Possibilities of culture and familiarity with the cultural and historical heritage of the island of Lošinj. 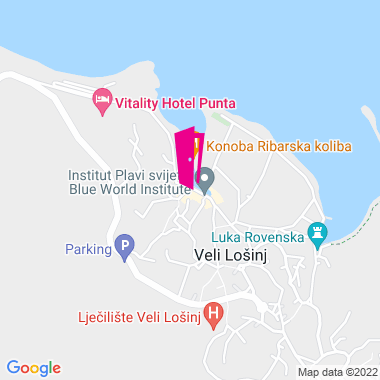